Today’s post marks the official launch of a new public humanities project: Medieval Chicago. Here, I plan to explore medieval artifacts, influences, and echoes in and around Chicagoland. This journey will take us through some of the city’s architectural achievements, museums, libraries, events, and any other relics of the Middle Ages that we discover along the way.

As a major tourist destination and one of our country’s great cultural hubs, Chicago has a lot to offer everyone. From its skyrises, including the Willis Tower (formerly the Sears Tower) and 875 North Michigan Avenue (formerly the John Hancock Center); its museums, such as the Art Institute and the Field Museum; to its Cultural Center, Broadway productions, and endless festivals; Chicago is full of nonstop excitement. It is also chock full of one other key ingredient that makes this destination particularly special: history. Chicago has a complex and fascinating past that extends not only beyond the borders of early American history, but also further back in time to the homelands of its many settlers and steady flow of immigrants, who brought (and bring) their cultures and histories with them. In fact, vestiges of human lives that trace back all the way to the Middle Ages (and earlier) can be found scattered throughout this most modern of urban landscapes. Such traces show us how, even now in our age of technological advancement, twenty-first century American culture is steeped in connections with the past. Humanity has always craved these connections, as our many periods of historical revivals show, because they keep us grounded. They remind us of who we are and where we came from, and they inform us about where we are going. The unique convergence of cultures and histories in this locale also reflect humanity’s inability to remain still. This impulse, or instinct, to move through time and space, advancing, retreating, migrating, is the very same human impulsion towards movement that led to the creation of our nation.

While uncovering remnants of the Middle Ages in this quintessentially American cityscape, I hope to appeal to a wide readership, reaching out to curious academics and public intellectuals alike. This project serves as a reminder of the historical traces and legacies left behind, and, by extension, the legacies that we are always in the process of leaving behind. The content generated will also help us to be more cognizant of the living history that surrounds us every day, even in this relatively young country on which the medieval world has made many indelible marks. I aim to showcase how the past and present have always been not only connected, but also, often, indistinguishable. At the same time, I plan to highlight the modern world’s disconnections with the past, those features that come across as quaint, or dated, as a result of several centuries of cultural evolution. This investigation of our contemporary relationship with the Middle Ages will allow us to simultaneously examine social, political, religious, intellectual, and artistic questions that we have long since left behind, and those we still see as important.

To reiterate, Chicago is a major city in a country imprinted throughout with a past only partially its own; an imported, shared, blended history with a global reach, formed by indigenous people and immigrants from around the world coming together to create this beautifully diverse community. Simultaneously marred by periods of violence, oppression, and cultural appropriation, American history has many crosses to bear, and many of its monsters–racism, xenophobia, misogyny, homophobia, etc.–are rearing their ugly faces with a vengeance once again. Even, or maybe especially, as we struggle to overcome the darker moments of our past in order to find better ways to deal with the challenges that result from all this human movement, it is worth paying attention to the profound beauty that also springs from these constant migrations. This series, therefore, explores the cross-section of this imported, blended history that relates to the Middle Ages.

I first became acquainted with Chicago as a graduate student at the University of Notre Dame because it is an easy drive away for those hungry (literally!) for all the city has to offer. Its many attractions, events, and, perhaps most of all, food, provided a much-needed study break on weekend outings. Now, as a recently transplanted Chicago resident and the creator of this site, I plan to use this outlet to explore my new hometown while putting my academic training to public use. I’m still new to Chicago, but in my short time here, I can’t help but notice a surprising pervasiveness of medieval architectural influence, from pointed arched windows and cathedral vaulted ceilings to sculptural ornamentation (even on modern skyscrapers). It’s part of Chicago’s character, a character that stands out as unique compared to other American cities. It also spills over into other areas of the city– from original artifacts sitting in museums and libraries to pop culture and local events (including classes on medieval sword fighting!). And, all this character will, I expect, lead to more discoveries for this series.

As we encounter the medieval in today’s Chicago–from paintings and armor to manuscripts and buildings–I hope you’ll follow this journey. And, I welcome any leads or feedback you might have to offer.

Please note: This post is lightly revised and updated from its original version, which first appeared on the Medieval Studies Research Blog. 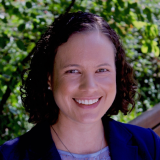 Karrie Fuller received her PhD in English from the University of Notre Dame, specializing in the medieval period. Her research focuses on book history and Middle English literature. She taught college-level writing and literature courses for well over a decade and runs the research blog for the Medieval Institute at Notre Dame.

Welcome to Medieval Chicago, where we explore the artifacts, influences, and echoes of the Middle Ages in and around Chicagoland.

Unless otherwise specified, all photos on this site are my own, and I retain full copyright. Please ask permission before use, and cite this site/author as your source when granted.

Karrie Fuller, PhD
University of Notre Dame
Former Project Manager for the Medieval Studies Research Blog
Researcher for Re-Opening Up Middle English Manuscripts and Between the Lines and Margins